ANZAC Centenary: the victorious team that left behind their oars for war

This story first appeared on ABC Ballarat’s webpage and is by Margaret Burin.

In 1914 a crew of rowers from the Barwon Rowing Club won the Ballarat Regatta’s maiden eight. The following year all of them signed up for the war effort. Most of them did not return.

Five out of the eight team members aged between 18 and 26 were killed in the First World War.

Their sacrifice is commemorated on an honour roll at the Barwon Rowing Club, and in the heart of former club president, Karen O’Connor.

She has been researching their fascinating story for years.

“I think it epitomises the spirit of most rowers; of self-sacrifice of preparing to give your all as a team, working as a unit, not thinking about yourself, I think that was just transferred into battalions,” she said.

“I often think if those five had survived what they might have achieved.” 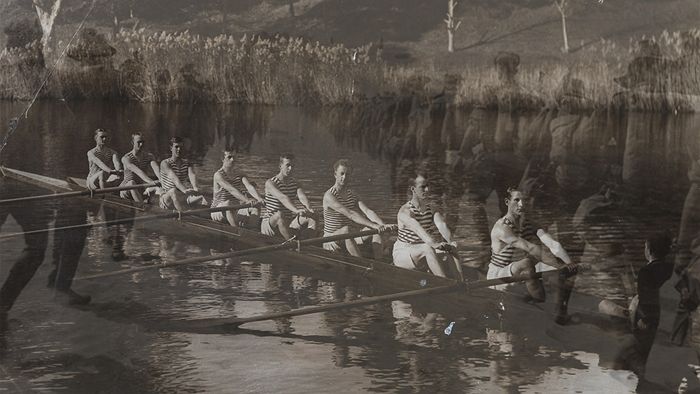