Rio 2016 Olympic gold medallist to focus on career and family

Olympic gold medallist and two-time World Champion, Kim Brennan, last night formally announced her retirement from rowing. Brennan, who represented Australia at the Beijing 2008, London 2012 and Rio 2016 Olympic Games, as well as at multiple World Rowing Championships and World Rowing Cups, made the announcement at the Hancock Prospecting 2018 Rower of the Year Awards on Saturday (3 November) night.

After winning Australia’s first ever Olympic gold medal in the Women’s Single Scull, Brennan was awarded a Member of the Order of Australia (AM) in the 2016 Australia Day Honours for her services to rowing and to the wellbeing of athletes and to the community. The Canberra-based Olympian, who is married to fellow rowing Olympic Gold Medallist, Scott Brennan, welcomed her first child Jude, earlier this year. 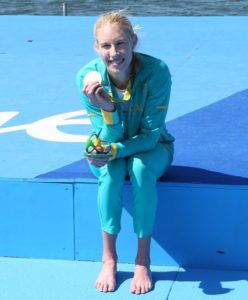 In 2016, Kim Brennan became the first Australian woman in 20 years to win an Olympic rowing gold medal. She won the Women’s Single Sculls at the 2016 Rio Olympic Games

“While I’ve known within myself for some time that I am happy to leave my competitive rowing career behind me, the arrival of Jude has put the decision beyond any doubt. I’m loving every minute with him, and, on a personal level, I can’t imagine now being able to give the time and energy necessary to be successful in rowing at the top level.

“I’ve loved the challenge of tackling the world of business through some exceptional opportunities at EY, and I am enjoying the chance to use the skills learned through sport in a different sphere. It has also given me a lot of pleasure to see the next generation of rowers performing so well. I hope to stay very involved in rowing and the Olympic movement long into the future,” said Brennan. 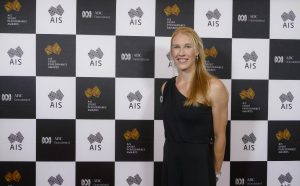 Born in Victoria, the former World Champion rowed out of Melbourne University Boat Club with the support of the Victorian Institute of Sport and the Australian Institute of Sport. Brennan began her rowing career after talent transferring from athletics in 2005, and made her first Australian team eight months later in the women’s eight, which went on to win a World Championships bronze medal. She has spent the majority of her rowing career in Canberra under the tutelage of Lyall McCarthy OAM.

“I have such special memories of my years learning from my teammates, coaches and support team. There was never short a laugh with Lyall around, and I was so lucky to have a coach who just “got” me. Lyall, day in day out, could get the best out of me, and had the creative genius to be always searching for ways for us to improve.

“Similarly, I loved the opportunity to learn from our wonderful rowing alumni – the likes of Drew Ginn, Scott Brennan, David Crawshay and Megan Marcks. From day one at Melbourne University Boat Club, with then-President Peter Antonie taking me under his wing, I have felt so at home in the world of rowing. While my international career is over, I have no doubt I will find great joy in racing in Melbourne University crews long into the future. My gold medal is not mine alone, but that of a wonderful team – the best coach, teammates and support staff I could possibly have hoped for,” added the Olympian. 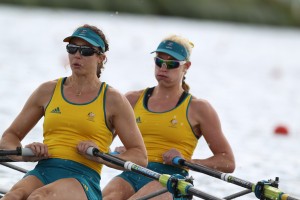 “I would also like to thank Rowing Australia and all those involved in the Australian Rowing Team over the last 12 years for their support. And, most importantly, by wonderful family. My parents who have always been there for me, and my husband who inspires me to be better every single day.”

Rowing Australia President, Rob Scott said, “Kim has been an integral member of Australia’s rowing team for over 10 years while also being a fantastic role model within the Australian Rowing Team and the broader Australian sporting community. Her performances on the world stage speak for themselves, but I am sure that one her proudest moments in the green and gold are when she won her Olympic gold medal at the Rio 2016 Olympic Games.

“Kim continues to be involved in our sport, mentoring athletes and engaging with the rowing community. We are eager for her to still be involved in rowing and hope she will continue to contribute to our current and future athletes’ development as they strive for excellence, both on and off the water.”

President of the Australian Olympic Committee, John Coates added, “Kim’s remarkable qualities and achievements as an athlete are now a prominent part of Australian Olympic rowing folklore. Equally, Kim must be congratulated and acknowledged as a leader and a powerful voice for athletes.

“Her contribution to the AOC Athletes Commission on the important issues have been outstanding and she has very proudly upheld the values of Olympism.

“I congratulate Kim on a wonderful career.”

Sport Australia Chair John Wylie said, “Sport Australia congratulates Kim on a remarkable sporting career. She is an outstanding Australian whose achievements speak for themselves and who is a role model in so many ways for Australians in sport.

“While she is retiring from elite competition, we know Kim has a great deal to contribute to Australian sport in future.”