The final day of the Under 21 Trans-Tasman Regatta saw the best conditions of the regatta and despite Australia’s strong performance across the last three days, and winning the second leg with 145 points to New Zealand’s 133, Australia were unable to retain the Rusty Robertson Trophy. New Zealand won the overall points tally to take home the Rusty Robinson trophy, for the first time since 2015, leading the count  288 to Australia’s 270 points.

A sunny although blustery morning saw great performances by the Under 21 Men’s Eight of Tom Williamson, Benjamin Pincus, Jethro Gifford (all Toowong Rowing Club) Miller Rowe, Logan Ulrich (both Kand Rowing Club), Jack Barrett, Joseph Wilson, Connor Ryan (all North Esk Rowing Club) and coxswain Andrew Le (Sydney University Boat Club). The Men’s Eight won both their heat and final, while the Under 21 Women’s Eight won their heat, but just missed out on the win in the final.

Head Coach Brett Crow said, “It was a great effort on the last day of racing.  Thanks to the coaches and support staff for all the work in making the tour a great experience for all involved. Also thank you to all the parents supporting the team and to everyone at Rowing New Zealand for making us feel so welcome.”

During their visit to New Zealand, Rowing Australia and Rowing Canada teams were able to spend time with current and former New Zealand elite athletes including Eric Murray, Sophie Mackenzie and Kelsi Parker. 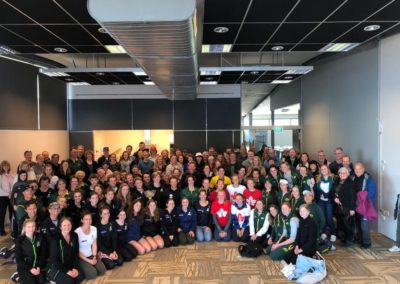 The U21 Australian, New Zealand and Canadian Teams 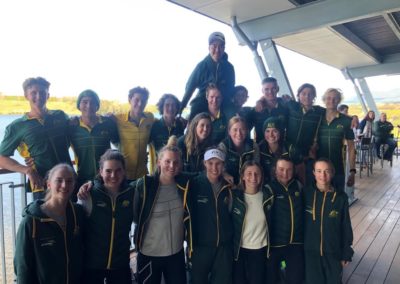 The full U21 Australian Rowing Team 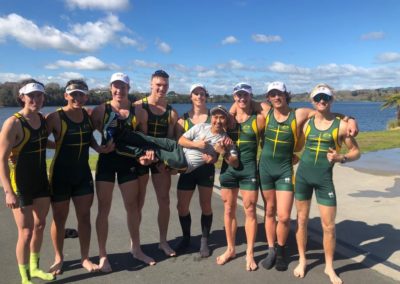 The U21 Women’s Eight