Rowing Australia is delighted to announce that John Bowes has been appointed into the newly created role of Pathway Transitions Manager. The role, funded by the AIS’ Pathway Performance Workforce Grant, will see Bowes focus on the transition of athletes from school to club, along with working on our US-based athlete engagement to support our national pathway strategy.

Bowes has an extensive and exceptional coaching record and history in school-aged rowing. He is currently the Head Coach of Nudgee College, Queensland and has most recently been a part of the 2019 U23 Australian Rowing Team where he coordinated and coached the U23 Australian Men’s Eight from our US-based athlete program. 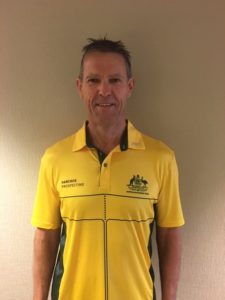 Rowing Australia Deputy Performance Director, Jaime Fernandez said, “We’re delighted to have someone of John’s calibre come on board to support our young athletes. John is a person of integrity with a passion for developing, inspiring and supporting young people in our sport. He brings with him a wealth of coaching and people management experience, knowledge and a thirst for continued learning and personal development. We welcome him and look forward to him starting with Rowing Australia next month.”

Bowes added, “I’m excited to be joining the team at Rowing Australia and supporting our talented pool of athletes on their journey from school to club and hopefully ultimately national representation. I’m eager to get started working not only with our fantastic young rowers here in Australia but also with those who have chosen to pursue study and rowing in the US and who want to continue to be a part of Australian rowing.”

John Bowes will commence his role with RA on 16 March 2020. He will be based in Brisbane, Queensland but will travel extensively and will also regularly be at RA’s Head Office in Canberra.