This week we catch up with Olympian David Watts about his relationship with the indoor rowing machine! David first represented Australia at the age of 16, in Australia’s Junior Men’s Four, at the 2008 World Rowing Junior Championships.  Coming through the Pathway Program, David is a World Championships silver medallist in the Men’s Quadruple Scull at Senior level and a Rio 2016 Olympian. He currently trains out of the Reinhold Batschi Men’s Men’s National Training Centre and was named in the men’s sculling squad, in the now cancelled 2020 World Rowing Cups 2 and 3. 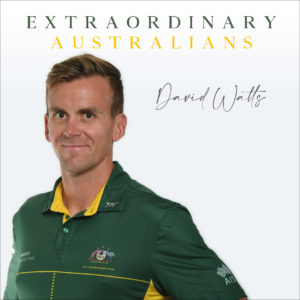 Being an on-water rower, training on the erg would be a part of our overall training regime. Do you like erg training?

To be completely honest I wouldn’t say I love ergo training especially when you compare it to rowing on the water, but I definitely understand its importance in developing the physical side of training especially when we compete against the best from around the world. It’s a valuable training tool when measuring your physical progress over the season and also a great way to get in some extra aerobic training when the weather outside doesn’t allow you to get out on the water.

Was rowing your first sport, and have you used the erg in other sports?

Rowing wasn’t my first sport; I come from a background of swimming and have played a fair few other sports along the way. I have never used ergos in other sports but can see how they would benefit most sports that have a heavy physical component to them.

Have you learnt any technique on the erg that has helped your rowing on-water?

Absolutely. After having a few weeks away from rowing it’s easy to forget the fundamentals of what technically makes a boat go fast. Through methods of analysis both through video and self-analysis by putting a mirror in front of the ergo it’s easier to make changes which can transfer back into the boat.

How does training on the erg make the boat go faster?

The erg can definitely help your boat speed by increasing your physical capacity which will allow you to push harder for longer.

What is your favourite erg to do? Why?

My favourite ergo to do is our stock standard 15km or 45 minute lower intensity ergos. Once you get into the groove it feels like the time just flies by.

What is your favourite erg music?

My favourite erg music would be anything with a nice consistent beat that doesn’t distract from the focus that you require to erg well. We have a large variety of music genres that we play at the training centre, most of which is great for taking your mind off the fact you’re sitting on a machine for an extended period of time.

What do you think of when you are doing a 2k erg?

I set myself an achievable and realistic plan before i go into it and try to execute the plan I’ve set for myself. I try to focus on the numbers/split i set for myself which seems to allow the metres to pass by faster. 2k ergo tests don’t become so daunting when you accept it for what it is and just think of it as another training piece.

Have you seen some of the recent indoor rowing challenges like the Urban Games? Which do you think you would be better at:

I believe that I’d much more enjoy the first one but given I’m more of a lighter aerobic athlete than a heavier more powerful anaerobic athlete I’d stand a better chance at competing in the second option. They both sound tough in their own way.