Rowing Australia (RA) today made a series of announcements after the conclusion of its Annual General Meeting (AGM) held on Friday 1 May, for the first time in its history, via video conference.

The AGM saw the RA Board and Council award Life Membership to Nick Green OAM, Noel Donaldson, Doug Donoghue AM and Kath Bennett.

The AGM also saw Olympian Sarah Cook elected to the RA Board, while Ben Dodwell has moved from an appointed to an elected Director. In addition to this, Georgia Beattie, become an appointed Director of RA. The AGM was also the final one for RA Board Directors Carmen Wearne and Andrew Rowley who have now both completed their permitted terms on the RA Board. 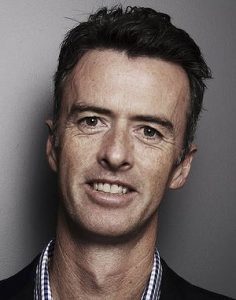 Life Membership of RA is the sport’s highest honour. It is reserved for those who have demonstrated significant, sustained and high quality service that enhances the reputation and future of rowing by virtue of their considerable contribution to rowing nationally. The Board and Council of RA felt it fitting this year to bestow the honour on four prolific members of the Australian rowing community.

Two-time Olympic gold medallist, Nick Green OAM, was a member of Australia’s ‘Oarsome Foursome’ at the 1992 and 1996 Olympic Games. He is also a four-time World Rowing Champion who regularly looks to help build the profile of rowing. A member of the Melbourne University Boat Club, Green continues to be heavily involved in the sport including his role as National Industry Practice Lead – Sport, with RA partner, Aon. 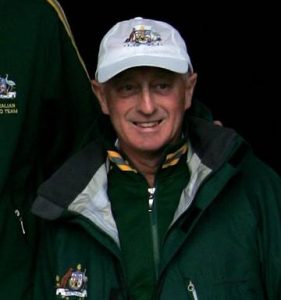 Green’s coach, Noel Donaldson, is one of Australia’s most successful Olympic rowing coaches. Under Donaldson’s guidance, Australia’s Men’s Four won gold at the 1992 and 1996 Olympic Games. In addition, Donaldson coached multiple Australian crews to World Championships success and recently returned from New Zealand to take up the position of Head Rowing Coach at the Victorian Institute of Sport – a role that sees him help develop Australia’s up and coming rowing talent.

Doug Donoghue AM is a former coach and administrator who has dedicated decades of his career to supporting and promoting the sport of rowing. A coach of both Sydney Boys High and Sydney Rowing Club, Donoghue worked for over 20 years at the Australian Olympic Committee and was instrumental during the Sydney 2000 Olympic bid.

Donoghue was a Member of the Venue Advisory Committee of the Sydney International Regatta Centre, while in 1995/6 when the AOC and AIS took over the running of Rowing Australia’s HP Program, Donoghue, alongside fellow RA Life Member, John Boultbee AM, ran the High Performance Commission of Rowing Australia.

He is a former Vice President of the NSW Rowing Association and a previous Member of the NSW Sports Advisory Council. Prior to his role on the AOC’s Executive Board, Donoghue was a rowing commentator for ABC Radio at the Montreal 1976 Olympic Games and commentator for Network 10 for rowing and canoeing at Los Angeles 1984 Games and again in Seoul in 1988.

Kath Bennett has had an illustrious and long rowing career that began back in 1965. Bennett has held many roles in Australian rowing, including being the Women’s Team Manager at the 1975 World Rowing Championships and coaching multiple Victorian interstate and club crews.

Bennett, a proud Victorian, and member of YWCA Rowing Club, is known well for the great work she undertook in the rejuvenation of women’s rowing in the late 1960s to early 1970s, which led to her instrumental role in the amalgamation of the men’s and women’s federations during the period of 1979 to 1982 (Rowing Australia). 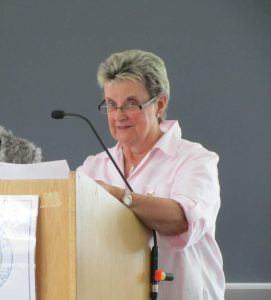 Rowing Australia President, Rob Scott, said, “On behalf of the RA Board, Council and entire rowing community, I would like to thank both Carmen Wearne and Andrew Rowley for their contributions as Directors of RA. Their insights have been invaluable and they will both be missed but we know they will continue to contribute to our sport in other ways.

“I’m also delighted to welcome Olympian Sarah Cook, and also Georgia Beattie, to the RA Board. Georgia, the CEO of Bulla Park Farm, and a former Chief Executive of Startup Victoria, will bring a fresh perspective and valuable skills to the RA Board with her strong entrepreneurship skills, combined with her background in innovation and marketing and deep passion for our great sport.

“Finally, I would like to take this opportunity to congratulate all four of our new Life Members. It is wonderful to be able to recognise such a diverse group of individuals who have all contributed significantly to our sport from community to Olympic level. I would also like thank all the State Councillors, Presidents and CEOs who joined us for the AGM, via video conference, in these unusual times we’re pleased to have been able have run a successful AGM.”