Rowing Australia today announced that Robin Poke AM will become the fifth Life Member to be honoured this year by the organisation.

Life Membership of RA is the sport’s highest honour. It is reserved for those who have demonstrated significant, sustained and high quality service that enhances the reputation and future of rowing by virtue of their considerable contribution to rowing nationally. The Board and Council of RA felt it fitting this year to bestow the honour on five prolific members of the Australian rowing community.

Mr Poke is a Canberra-based sports historian and journalist. He previously published the widely acclaimed biography, Peter Antonie: Out Of His Shell, in 2007. He has had a long-time involvement in Australian rowing as an oarsman and administrator. 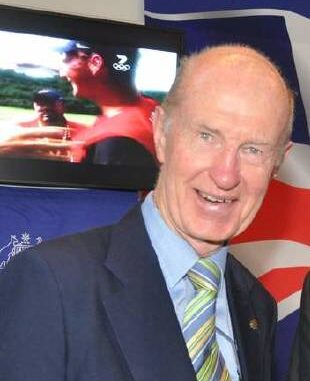 He founded the national magazine, Australian Rowing, and was media liaison officer with the Australian team at the Atlanta 1996, Sydney 2000 and Athens 2004 Olympic Games. He was awarded the Medal of the Order of Australia (AM) in 2013 ‘For significant service to the sport of rowing and the Olympic movement as an administrator, journalist and author’.

Mr Poke recently published his PhD, a book on the history of Australian Rowing and Volume 1 covers  the period from Early Settlement to pre-War Success 1770-1939. He was on the ACT Olympic Council for 11 years (stepping down in 2016), and was made President in 2005.

Rowing Australia President, Rob Scott, said, “Robin has contributed to the sport of rowing on so many levels – as a coach, an administrator, a journalist and author. He is passionate about rowing and has dedicated many years of his life to sharing his passion for the sport not only in the ACT but across the country and the globe. It is fitting that Robin joins Nick, Noel, Doug and Katherine as our fifth Life Member inductee for 2020.”

Rowing Australia will announce in due course the location for the Life Member appointments.