Rowing Australia join in congratulating all those in the rowing community who were announced today in the Queen’s Birthday Honours.

Rowing ACT President, Brigadier Alison Creagh CSC (Ret’d) has been honoured with a Member of the Order of Australia, General Division (AM) for significant service to veterans and their families, and rowing; while Swan River Rowing Club member, Mr Colin Beckett, received an Officer in the General Division (AO) for distinguished service to business in the energy, gas and oil production and infrastructure sectors, and to tertiary education. Meanwhile, Olympian Neville Howell and Queensland rowing coach Peter Toon have both been recognised with Medals of the Order of Australia, General Division (OAM) for services to rowing. Brigadier Alison Creagh CSC AM (Ret’d), third from the left at the 2019 Hancock Prospecting Rower of the Year Awards.

Brigadier Creagh has worked, and continues to work, significantly with many service and ex-service organisations – including as a Services Member on the Veterans Review Board, as Chair of the ACT Ministerial Advisory Committee for Veterans and their Families and as a Trustee of the Commando Welfare Trust to name but a few of her roles.

Within rowing, Brigadier Creagh has been President of Rowing ACT since 2019, was the Team Manager for the 2019 Australian Defence Force (ADF) King’s Cup Team that travelled to the 2019 Henley Royal Regatta, was the Assistant Indoor Rowing Coach of the Australian Rowing Team at the 2018 Invictus Games, is a Founding Member and Patron of the ADF Rowing Association and is an accredited National and International Para-rowing Classifier. You can read more about Brigadier Creagh’s achievements by clicking here.

Olympian Howell was born in Victoria and began his senior rowing career from 1951 with Banks Rowing Club in Melbourne. In 1956, he was in the six seat of the Australian boat that won bronze in the Men’s Eights event at the 1956 Melbourne Olympic Games. 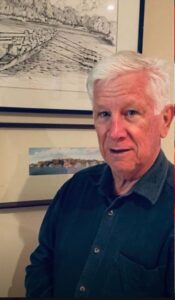 Four years later, in Tokyo, he competed in the Men’s Coxed Pair event, missing out on making the A-Final, after racing the repechage. In 1962, he went on to win a gold medal in the Men’s Eight event at the Perth Commonwealth Games.

He has worked tirelessly for all his rowing clubs, Banks, Bendigo and latterly Nagambie. Mr Howell’s service to Banks Rowing Club, along with his outstanding record as an oarsman, resulted in him being elected a Life Member of Banks, a unique honour as there has only been 28 Life Members elected by the club since it was founded in 1866.

Meanwhile, Mr Howell has also dedicated his efforts to Bendigo Rowing Club and has been instrumental in ensuring it continues to flourish. Founded in 1872, the club’s membership and engagement drew to a standstill in the late 1950s, mainly due to lack of interest from the community. From 1965 onwards, the club was pulled out of its rowing slump by the efforts of Olympian Mr Howell, alongside then Club President Harold Griffiths.

The 90-year-old Masters rower is now a member of Nagambie Rowing Club, and continues to compete locally and as recently as 2017 he competed in the Australian Masters Rowing Championships in Victoria. He has won the King’s Cup six times representing Victoria, is a member of the Rowing Victoria Hall of Fame and is McVilly-Pearce pin number 95. You can read more on Mr Howell’s award by clicking here.

Finally, Queensland’s Peter Toon has coached and volunteered significantly within the State’s community. He has coached at many Brisbane rowing clubs including Commercial Rowing Club, Toowong Rowing Club and most recently the University of Queensland Boat Club. He is a former rowing coach of St Joseph’s College and All Hallows School and a current coach at Brisbane Boys College.

Mr Toon is a former Board Member, Team Manager and Selector for Rowing Queensland and has contributed significantly to the sport of rowing in his community, he is also the father of Olympic rowing coxswain, Dr Michael Toon. You can read more on Mr Toon here.

A member of the Swan River Rowing Club, Mr Colin Beckett, is the former Chancellor of Curtin University in Western Australia. He has held numerous roles at Western Power, Beach Energy (Adelaide), Australian Petroleum Producers and Explorers Association, Chevron Australia, Shell, BP and Mobil Australia. He has also been the Non-Executive Chairman of Perth Airport, a member of the Western Australian Technology and Industry Advisory Council and was previously Chairman of the Energy and Transportation Sector Advisory Board, CSIRO. His recognition comes distinguished service to business in the energy, gas and oil production and infrastructure sectors, and to tertiary education. 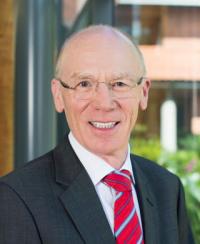 Rowing Australia CEO, Ian Robson, said, “It is wonderful to see these four members of our rowing community recognised in the Queen’s Birthday Honours.

“Both Neville and Peter have contributed so much within their areas of our sport, continuing a lifelong devotion to rowing and I join with all the community in congratulating them both. It was also fantastic to see Colin recognised for the substantial work he has done with thing energy, gas and oil sector as well as education.

“Alison continues to give to our sport, as President of Rowing ACT and an RA Councillor, but I would especially like to congratulate her for the important and significant work she has done for veterans and their families in Australia, along with the work she undertook in 2018 and 2019 in supporting both the 2018 Invictus Games and the 2019 King’s Cup at the Henley Royal Regatta.” Neville Howell, on the far right, with a group of the 1956 Olympians (from Australia, Greece, Italy and Japan) at a reunion at the 2014 World Rowing Masters Championships (Copyright RA)