Rowing Australia (RA) would like to congratulate Life Member and Australian Olympic Committee (AOC) President, John Coates AC, on his election as one of two new Vice-Presidents by IOC members. Mr Coates was previously IOC Vice-President from 2013 to 2019, and this time is joined by IOC member, Ng Ser Miang, from Singapore, as a fellow Vice-President. 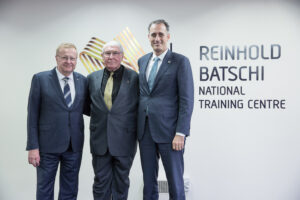 “On behalf of the rowing community in Australia, we congratulate John on this prestigious appointment.  We at Rowing Australia know first-hand the contribution John has made to leadership in sport administration on a global stage and his important role in the Olympic community. He is also a strong advocate for athletes and this extends to supporting athletes with their transition to life after competitive sport.”