Rowing Australia (RA) today made a series of announcements after the conclusion of its Annual General Meeting (AGM) held on Sunday 30 May in Adelaide, South Australia.

The AGM also saw Olympian Rachael Kininmonth elected to the RA Board, while President Rob Scott was retained in his position on the Board through to 2024. The AGM was also the final one for RA Board Director Bryan Weir who has retired from the Board after  six years as a director.

Life Membership of RA is the sport’s highest honour. It is reserved for those who have demonstrated significant, sustained and high-quality service that enhances the reputation and future of rowing by virtue of their considerable contribution to rowing nationally. The Board and Council of RA felt it fitting this year to bestow the honour on four prolific members of the Australian rowing community. 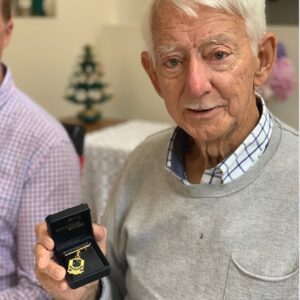 Former Rowing Australia President and Boat Race Official, Reg McKay, passed away in January of 2021, after a lifetime of service to the sport of rowing. The father of two-time Olympic Gold Medallist, Mike McKay, Reg made an enormous contribution to the sport at all levels and as an administrator will be remembered as one who always sought to provide a sporting environment for all to achieve their best. He umpired and administered the sport at the highest levels, having been an international umpire for decades and he was also President of Rowing Australia from 1989 to 1994.

Shirley Stokes is a former RA Board Director and has been, and continues to be, a significant contributor to para-rowing in Australia and internationally. Shirley is a FISA International Classifier and for many years sat on the FISA Para Commission and was also the Head of Classification for RA. A regular volunteer at rowing events, Shirley has also been heavily involved in rowing in New South Wales and has been both President and Secretary of the NSW Union of Oarswomen. 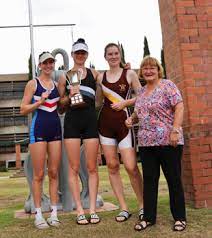 Prolific oar maker, Howard Croker OAM, founded Croker Oars in 1962 with the company employing over 17 people to manufacture oars for both still-water and surf-boat rowing. Howard and his family continue to host many camps, when they can, at the Croker Oars property along the Manning River. He received an OAM for services to oar manufacturing and sport, and can still be found attending, and working, at many regattas, alongside his son Darren who now runs the business. 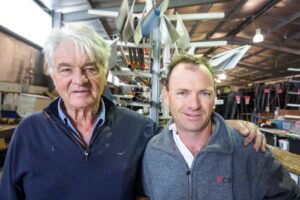 Howard Croker, with his son Darren

Rounding off the group, is Australian Rowing Team alumni and famous boat builder, Jeff Sykes. The Corio Bay Rowing Club member rowed at the elite level from 1960 to 1978 and represented Australia a number of times in that period.

Sykes was apprenticed to his father’s boat building business in Geelong, and in 1966, built his own racing shell to compete in the Australian Rowing Championships and this was the genesis of his own business, Sykes Racing, a Geelong-based racing shell manufacturer. Sykes Racing initially focussed on smaller boats and had success as rowers of their sculls and pairs won Australian national championships. In 1973 the Western Australian senior men’s eight had King’s Cup success in a Sykes boat and from 1974 Sykes boats were being used in all boat classes for Australian representative crews. Their boats are currently used by both of Rowing Australia’s National Training Centres. 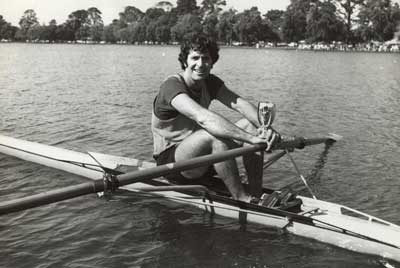 Jeff Sykes in his original boat

While he no longer has ownership of the boat business (he sold it in 2000), Jeff is still active in the rowing community and continues to represent Corio Bay at Masters rowing events.

Rowing Australia President, Rob Scott, said, “On behalf of the RA Board, Council and entire rowing community, I would like to thank Bryan Weir for his contribution as a Director of RA. His insights have been invaluable, especially in the participation and indoor rowing areas, and while he will be missed, we know he will continue to contribute to our sport in other ways.

“I’m also delighted to welcome Olympian Rachael Kininmonth to the RA Board. Rachael has competed at the highest level for Australia and continues to be heavily involved in the sport in Queensland, particularly in the school network, and we look forward to her contributions to the RA Board.

“Additionally, the AGM this weekend coincided with the 2021 Australian Masters Rowing Championships in Adelaide. I would like to thank Andrew Swift, and his team from Rowing South Australia, on running the highly successful event. We’re grateful to entire Rowing SA staff and volunteer community for stepping into host the event at such short notice.

“Finally, I would like to take this opportunity to congratulate our new Life Members. It is wonderful to be able to recognise such a diverse group of individuals who have all contributed significantly to our sport from community to Olympic level. I would also like thank all the State Councillors, Presidents and CEOs who joined us for the AGM, be it in person or via video conference, in these unusual times we’re pleased to have been able have run a successful AGM in Adelaide.”