Late in the night of Friday 25 and Saturday 26 February, while most of us were sleeping, 42 Australians from across Australia were competing in the 2022 World Rowing Indoor Championships (WRICH), alongside competitors from 66 nations.

Whilst never optimal to compete at the time of night these races were scheduled, most Australian competitors equalled or beat their qualifying times set at the Australian Indoor Rowing Championships (AIRC) or individually.

Our new World Champions include people from varying ages and abilities, showing how diverse people who row indoors are. We congratulate:

Over 76 percent of the results posted by the Aussies were top 10 placings. One of the standout races showcasing the competitiveness of the Australian rowers was the women’s 30 – 39 2000m with Viv Culverwell taking out the event in a time of 6:56.7, closely followed by Jacqueline Rees who was third in a time of 7:13.8 and Bec Giles who was fifth in a time of 7:18.6. 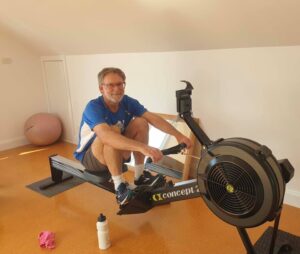 Competing at their home in Newcastle (NSW), Susan and Peter Kemp (pictured right and left respectively, file photos) arose early, around 2am on Sunday to take on the world. They were pleased to be racing in such a large event with over 800 other competitors in various categories.

“2000m is a gruelling distance on the rowing machine and somewhat intensified at 2am,” Peter said.

Susan then took to the machine, where she placed third in a time of 8.48:0 in the 70–74-year Masters category.

“I was actually thrilled to be racing live against women across the world,” Susan said.

All competitors log into a virtual system and they can see the progress of others in the race categories.

“It is so inspiring to see other masters’ women racing, including a 93-year-old in Wales,” she said. 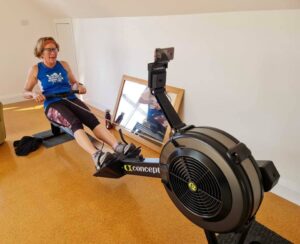